In countries which use 50 Hz electrical systems, shooting scenes lit by fluorescent bulbs in the NTSC-M video format will produce a strobing artifact upon playback of the footage. Fluorescent light output is not constant. It flickers (in some regions) at a frequency that clashes with the 59.94 field rate of NTSC-M. The strobing effect is a very visible overall luminance pulse in the footage. This artifact is most commonly seen in raw camera footage recorded in Japan, Chile and areas of Latin America and the Carribean. Fluorescent flicker is not an issue with footage recorded in the US, for example, where electricity runs at 60 Hz.

No, this artifact cannot be remedied, as it is recorded into the video signal. 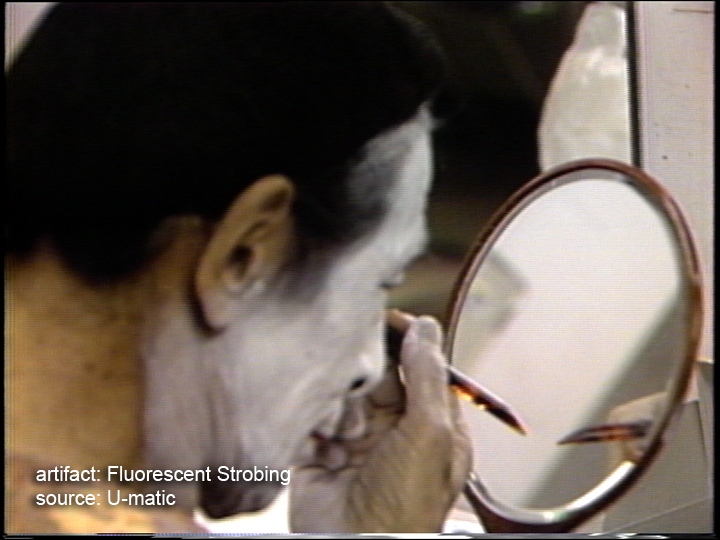